Engagement, innovation, and improvements through technology

I want to engage organizations that are driving significant change through technical Innovation. I enjoy leading change and using technology in unique ways and places, to realize significant improvements in capabilities and efficacy.

I served as the CTO of the Security and Trust Organization.

I led a team of engineers in the use of ''White Hat'' techniques to find and fix security defects in shipping products. We also built development methodologies to insure improved software development processes to avoid future security vulnerabilities.

I led a team, including all business functions, to provide internet solutions to government customers around the world.

Held positions as Programmer and Manager in Information Technology Group.

Advisor to USG DOD and IC - DSB Member, IC advisor on many boards and panels. Including topics of advanced computation such as Quantum Computing and microelectronics.

Regularly engaged on matters of disabilities in the workplace and serve as the executive sponsor for Cisco.

I also have developed and led teams in emergency Tactical Operations. 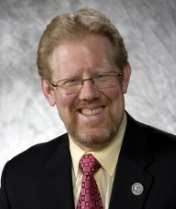